Start planning for special date nights! The Marathon Center for the Performing Arts recently announced their lineup for the 2019-2020 season which runs from September to June.

Relive memories and re-charge with The Family Stone. Make time to party with Jerry Martini and Greg Errico, founding members of Sly & The Family Stone, joined by Phunne Stone, multi-talented daughter of Sly. Close your eyes, take a deep breath and forget about the last five decades…at least for a while!

The 1920s gave us jazz and Postmodern Jukebox thinks they can top that. Their performances highlighting current hits re-imagined as songs from bygone eras have sold out on six continents, topped iTunes and Billboard charts and boast more than 1.7 million Facebook fans.

Arrested for littering and creating a nuisance at age 19, Arlo Guthrie penned the anti-establishment anthem, “The Alice’s Restaurant Massacree,” and launched the song into worldwide airplay. Guthrie went on to make albums, record “The City of New Orleans” and founded Rising Son Records, one of the first Indie labels. Yes, you can get anything you want (musically) at this concert.

Spanning rich ballads to jubilant modern melodies, the Celtic Woman Christmas Tour is a must-see for the holidays. Accompanied by the Lima Symphony Orchestra, the four members of the ensemble perform much loved holiday releases. It’s a great way to make unique holiday memories with your loved one.

The 55 ballet dancers of the National Ballet Theatre of Odessa bring Prokofiev’s music and Shakespeare’s tragic love story alive in Romeo and Juliet. The company, recognized as one of the most prestigious institutions of classical ballet in Ukraine, performs great masterpieces of classic ballet from Giselle to Swan Lake. Watching the world’s best perform on a local stage will inspire ballet aficionados and first time attendees alike.

Called “the world’s reigning male chorus” by The New Yorker, these ensemble singers have sold more than one million albums and won two GRAMMY Awards. Formed in San Francisco and named after a Chaucerian rooster, Chanticleer first performed in 1978. They have showcased their choral music excellence in diverse venues, from a barn in Canada to Central Park with the New York Philharmonic. From Renaissance to jazz, Chanticleer sings with precision and brilliance.

Spongebob the Musical may not be ideal for a parents night out, but would be a special musical event for parents and children to enjoy together following the antics of the underwater hero and his cast of friends.

These shows are just a few in the entire lineup for the new season. For the full lineup, additional information and to purchase tickets, visit mcpa.org. 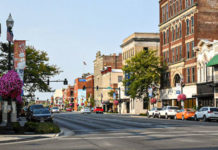 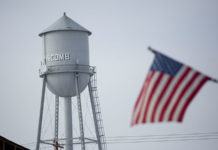 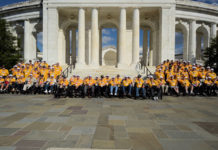 Veterans program Honor Flight ready to take off again in 2022