Do you remember learning how to drive? I bet you don’t. For many adults, driving becomes a habit, like breathing. You don’t think about the steps needed to make a turn or the spatial awareness needed to pull into a parking space. By now, you get in the car and go.

When I first taught my daughters to drive, we started out in the mall parking lot. Yes, that was us, driving around and around the mall early in the morning. We gradually went on the streets around the mall. Before long, they were taking me on as many errands as I could muster.

That was also us, with two giant “student driver” magnets on the back of the car. I figured those would serve as fair warning to other drivers. Perhaps they would take a little extra care around my learning drivers and be a little more patient.

Boy, was I wrong.

If anything, my daughters learned more about driving from how other drivers treated them than what I taught them or what they heard from their driving instructors. They experienced iconic “what an idiot” moments that, unfortunately, will not be the last in their driving careers.

We made a left turn, correctly into the closest lane, onto Bright Road and were beeped at by the woman behind us. That woman then sped around us and pulled into her driveway. My daughter learned that some adult drivers need to chill.

We were going the speed limit on East Sandusky Street and were passed by a car going way too fast. We ended up behind him at a light. We had a nice discussion about how it makes no sense to drive recklessly to gain a mere car length in distance.

We were going the posted speed limit on a county road. A pickup truck behind us kept flashing its lights and tailgating. The driver was, apparently, unaware that if he hit us from behind it was automatically his fault. My daughter still avoids that road if she can thanks to someone who apparently thought it was funny to tailgate a new driver.

All these were teachable moments, scary though they were. I talked about how the other driver’s actions were wrong and even dangerous, but that they would happen. It was up to my daughters to anticipate idiots and to have a plan.

I like to think that all that talking and teaching helped my daughters to be better drivers. I once heard my older daughter tell my husband that even now she hears my voice in her head while she’s driving.

Honestly, I have never had a prouder parenting moment. If only the other drivers would listen to me, too. 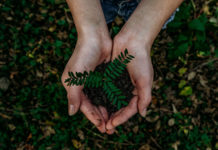 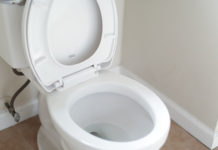