Findlay Rocks the ‘60s: New exhibit harkens back to a swinging time

The Hancock Historical Museum is featuring the Findlay Rocks the ‘60s exhibit through December 2022.  The exhibit highlights 11 bands from the area who were famous in the heyday of Findlay’s ‘60s music scene. Some of the featured bands include The Nite Watchmen, The Children of Tyme, and The Challengers.

Judge Reginald Routson, a common pleas judge in Findlay and local musician, was instrumental in making the exhibit happen. Routson was interested in documenting some of the history of Findlay’s ‘60s music scene. He came to Joy Bennett, the museum’s curator, requesting photos and more information. The more Bennett delved into the history, the more she realized how interesting an exhibit like this would be to the larger community.

The Scene
Routson grew up immersed in the Findlay music scene. While in junior high, his father ran a popular venue called The Hollywood. Routson recalled fond memories watching The Challengers rehearse in The Hollywood’s basement: “I’d go down there and sit there and watch them…and just be awe-struck.”

According to Bennett, “The Hollywood was the bar that started everything.”

Routson said when The Hollywood closed, an employee who worked at the bar, Dave Hindel, “saw that there was money to be made in selling beer and having music.” Hindel bought and fixed up a building in town, moved The Hollywood’s furniture over to his new bar, and called it The Pub. The Pub opened in 1962 and became one of the most popular venues for live music in Findlay.

“For the kids who were under 18 and couldn’t go into the bars, there was the Anchor Teen Center,” Bennett said. The Anchor Teen Center was owned by C.W. Bonnell, father to a member of Children of Tyme. There were snacks, ping-pong tables, a jukebox, and plenty of live music and dancing.

“We were so lucky to have that…we had music there all the time,” Routson recalled.

A New Dimension
Findlay Rocks the ‘60s pays homage to the cultural change that occurred during that time– the transition from “button down, skinny tie wearing guys playing instrumental music to the psychedelic style with Nehru jackets and long hair. It was a very, very big change in that decade,” Bennett explained.

According to Routson, it was a time characterized by the pushing of rock n’ roll into a new dimension.

He refers to the ‘60s music scene in Findlay as the “wonder years.” From 8th grade until sophomore year of high school, Judge Routson played drums in a band called Kalculated Rysq. Routson played with many of the bands who are featured in the exhibit, including The Nite Watchmen, The Children of Tyme, and The Raging Storms.

“I’ve always been interested in what happened to everybody…they were such darn good musicians,” he said.

Bennett says she’s had a lot of people coming in who remember the bands. “A couple Sundays ago we had quite a few people in here. There were people playing the music [from the exhibit’s website] on their phones, and there were women dancing.”

The Wonder Years
Artifacts, written histories, and psychedelic decorations are showcased on the walls of the exhibit. ‘60s records and band posters from Judge Routson’s collection are displayed as well.

Recordings of the bands are available on the museum’s website, as well as write-ups about the featured bands, venues, and music stores. Bennett continues to collect oral histories from the former band members to publish on the website.

Step back into the world of psychedelic garage bands by visiting this unique historical exhibit and by exploring the exhibit’s website at https://hancockhistoricalmuseum.org/findlay-rocks/. 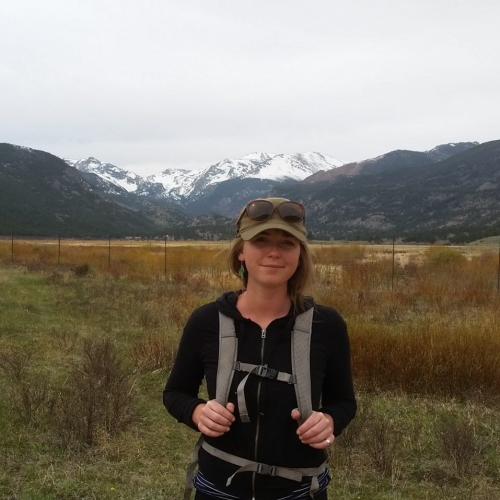